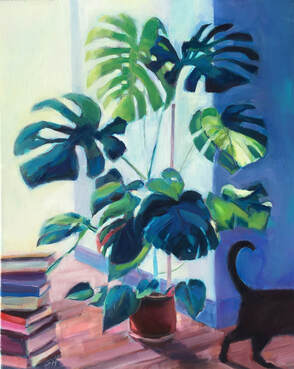 Sheena paints mainly in oils from her home studio in Belfast. Her work is rooted in the satisfying and simple beauty of the familiar everyday world. Although she paints on a mainly representational level, her real interest is in relating different colours, shapes and tones in an engaging way. She often works from life, but can take inspiration from many different sources. Sometimes she uses snapshots taken with her iphone as a point of departure in creating a painting. This modern tool helps her to capture the beauty and candour of ordinary days.

She has exhibited widely across the Province including the Crescent Arts Centre, Parliament Buildings and the Waterfront Hall and has won numerous Awards for her work. Her paintings can be found in collections not only throughout the UK and Ireland but as far afield as the USA.